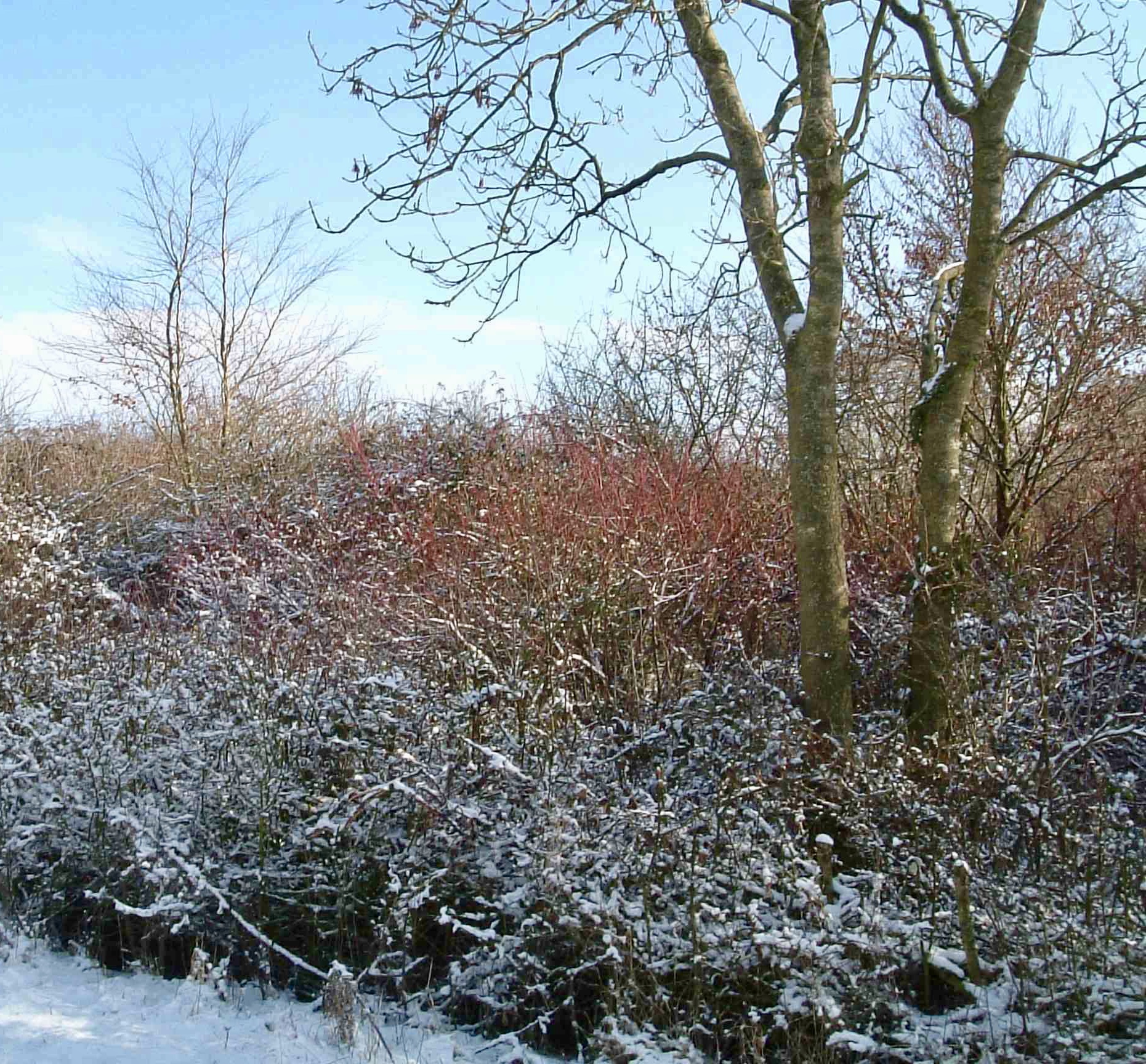 We mark the conclusion of a most interesting year by expressing sincere gratitude to all the many people who have sent messages of support and appreciation to Sir Roger, in the wake first of the media storm and later in the light of his cancer diagnosis. Happy Christmas and warmest gratitude to you all.

The process of recovery has begun, and we look forward to a remission. Meanwhile the good will expressed has been quite overwhelming, and has helped Roger to move back towards his desk, to take up his pen, and to experience once again the joy of living and writing. Soon he hopes to make the next step, out into the winter fields, there to refresh his mind with the experience recorded in these paragraphs from News From Somewhere:

“Our own green lane has retained its character, as a living and self-healing thing. And in the winter it takes on a beautiful remoteness. Its soggy surface, bordered by blackthorn hedges where the red beads of bryony linger into the New Year, acquires a faint silver sheen, and the sparse winter light lies in flakes on the waterlogged ruts, as though scattered there.
It is the winter that such place provide their most lasting refreshment to the eye. For life has retreated, leaving its many colours half-hidden but perceivable, and the landscape is filled with a subtle counterpoint. The lesson so patiently taught by Corot, Turner and Cézanne – that no natural object is truly monochrome, and that even in the blackest thicket can be discovered all the colours of the palette – is repeated by winter. And that is why there is no better time to visit the country, to walk or ride in the fields, and to take the chance of the weather for the sake of the eyes.
Indeed, the worse the weather, the more refreshing the effect. Green dissolves in water, loses its sickly surfeit, and allows the residual notes of autumn to appear through the storm. Driving rain and wind-tormented branches fill the air with spangled flakes of red and brown. The bare trunk of an ageing hawthorn, deprived of its green mantle and its distracting gift of berries, comes suddenly alive, its bark streaked with vermilion, folded into itself and breaking away to reveal long stretches of polished pewter. The mottled gold of the weeping willow, the deep crimson hue of the dogwood, the pallid cinnamon of the field maple, the many tobacco-leaf, rust coloured and auburn highlights in the bark of an ash: all these are a source of delight, once you begin to notice them. The last ogee leaves of hazel, saffron yellow at the edges, but shading into green, recall the colours of the nut itself, while here and there in the hedgerows the vermilion rosehips and the last purple sloes give a poignant farewell to the life that produced them, like jewels in an old lady’s hair.
It is an interesting exercise to stare into a dark, denuded hedgerow and count the colours. Every shade of red and blue, from salmon pink to scarlet, and from deepest indigo to pale forget-me-not, is lurking there, recuperating from the light of summer. And as you watch these hues glimmer like embers you come to understand some of the mystery of colour how red excludes green and yellow and blue; how white is somehow not a colour at all, and the metal shades are like glosses in which colours are trapped and made invisible. These strange phenomena are not explained by the physics of light – a fact that Goethe noticed, and which led him to compose his great treatise on colour. They are not facts about things, but about us seeing things. Pondering them we are also pondering the mystery of consciousness. How is it that the world not only is, but also seems? Why was it not sufficient for the world to be?"

Announcement 12th January 2020 It is with great sadness that we announce the death of Sir Roger Scruton, FBA, FRSL. Beloved husband of Sophie, adored father to Sam and Lucy...

We mark the conclusion of a most interesting year by expressing sincere gratitude to all the many people who have sent messages of support and appreciation to Sir Roger, in...

Roger Scruton: A year in which much was lost – but more gained. The Spectator- 21 Dec 19

Despite everything, I have so much to be grateful for JanuaryMy 2018 ended with a hate storm, in response to my appointment as chair of the government’s Building Better, Building...

On Tuesday 3rd December, the Hungarian Ambassador Kristóf Szalay-Bobrovniczky welcomed friends and guests to announce that the Commander’s Cross with the Star of the Order of Merit of Hungary would...

Beaufort Books  (2nd Edition October 2019) Set in the twilight years of the Czechoslovak communist regime, this novel describes a doomed love affair between two young people trapped by the...

Souls in the Twilight

Beaufort Books  (October 2018) As the lights that have guided us go out, people begin to wander in the twilight, seeking their place of belonging. In these stories, set in...

Music as an Art

Bloomsbury  (August 2018) Music as an Art begins by examining music through a philosophical lens, engaging in discussions about tonality, music and the moral life, music and cognitive science and German...