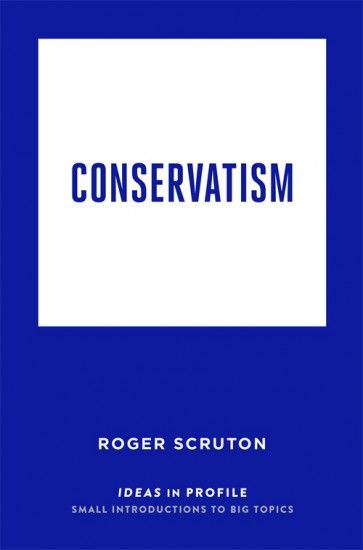 Roger Scruton looks at the central ideas of conservatism over the centuries. He examines conservative thinking on civil society, the rule of law and the role of the state on the one hand; and freedom (including freedom of expression and association), morality, equality, property and rights on the other.

He traces the origins and development of the conservative ideology in the philosophies and thoughts of, among others, John Locke, Thomas Hobbes, David Hume, Edmund Burke, Adam Smith, John Stuart Mill, John Ruskin, Michael Oakeshott, Friedrich Hayek, Milton Friedman and Robert Nozick. He shows how conservative ideas have worked out in the politics and policies of leading figures people such as Thomas Jefferson, Benjamin Disraeli, the Earl of Salisbury, Calvin Coolidge, Winston Churchill, Ronald Reagan and Margaret Thatcher. He also looks closely at the degree to which capitalism and free markets have been, and are integral to, conservative ideology and politics in the UK and in the USA. Professor Scruton's clear, incisive guide is essential reading for anyone wishing to understand the politics and policies of the west now and over the last three centuries.