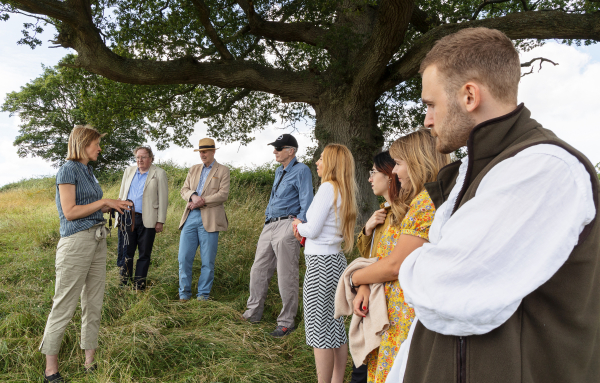 Four Fellowships for the Roger Scruton Philosophy Symposium were awarded to Ms Maria Kadzielska, Ms Nino Gabelashvili, Mr Bartosz Wesol, and Mr Valentino Findirk. The Fellowships are part of the New Generations Research Exchange organised by the Ian Ramsey Centre for Science and Religion, University of Oxford in collaboration with the Faculty of Philosophy, University of Warsaw, the Faculty of Philosophy, University of Zagreb and the Humane Philosophy Project with generous support from the John Templeton Foundation. We are delighted to share their feedback HERE.

Following the success and enjoyment of this year's event, we are very pleased to be able to share the dates for next summer.
Alumni Meeting  1st - 6th July 2022
Scrutopia Summer School 22nd July - 31st July 2022
Further details will be released in due course.

Read all the latest from Scrutopia HERE.

Roger Scruton is the heretic we need, UnHerd - Aug 21

After the demise of great men and women, their reputations often dip. Fulsome obituaries are usually followed by a fall-off in interest. It takes time for the new generation to discover the greats afresh and for their reputations to regenerate. But I doubt this rule would ever have applied to Roger Scruton.

The philosopher’s standing was at its height when he died last year at the age of 75. The second of his three great books on Wagner had recently come out; his advice was sought by the British Government; conservative intellectuals and politicians across Europe were eager to seek his approval. His life ended just as his reputation reached the stage it ought to have been at for decades: though by the time he died he had become Sir Roger Scruton, he had spent many years in a type of intellectual isolation, if not wilderness.

Confessions of a Heretic is a selection of otherwise uncollected essays which deal with some subjects of Scruton’s ire. They also tackle the timeless issues to which he dedicated a lifetime of energy. Although Scruton is generally referred to as a “conservative philosopher,” he ought simply to be referred to as a “philosopher”. The deepest works in this book — his “Effing the Ineffable” and his “Reflection on Strauss’s Metamorphosen,” for example — go far deeper than mere politics. 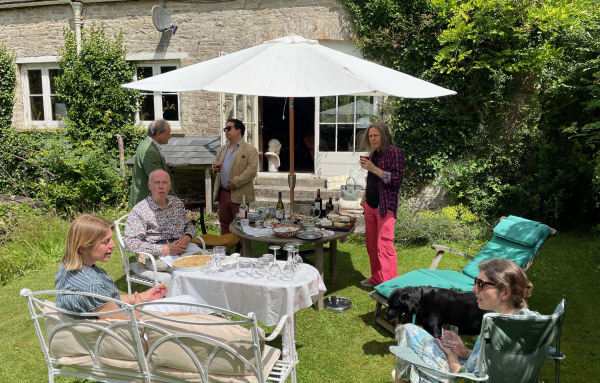 This week we have successfully completed our Alumni meeting and we were able to enjoy terrific lectures with Samuel Hughes, Mark Almond and Anthony O’Hear among others. Visits to local places of interest and glorious weather helped us to rekindle friendships in a thought provoking and stimulating environment. 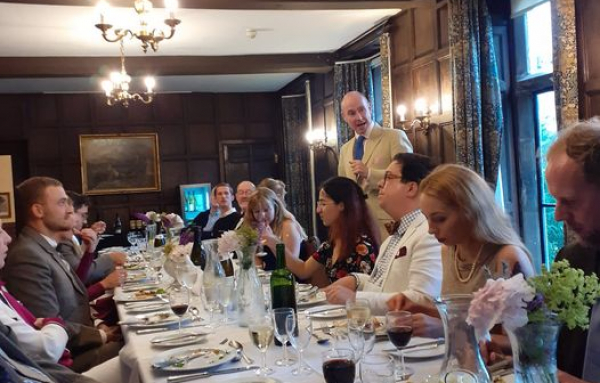 Scrutopia Summer School 2021 Gala dinner. A wonderful week of studying and socialising with friends old and new. Thank you to everyone involved, we hope to see you again soon.

The Future of Conservatism: Ed Husain at the Universidad de Verano 2021

Read all the latest news from Scrutopia HERE.

It seems that he had an even greater admirer in Viktor Orban, the right-wing prime minister of Hungary, whose allies have poured £1.5 million into a chain of coffee shops in Scruton’s memory. The first opened in November in Budapest and is filled with Scruton memorabilia donated by his widow, Sophie.

More cafés will follow, says John O’Sullivan, a former speechwriter for Margaret Thatcher who now chairs a Hungarian think tank. The £1.5 million investment comes from the state-sponsored Batthyany foundation, which also paid for the historian Norman Stone to write a history of Hungary that praised Orban’s leadership

The full article can be read online at The Times here: https://www.thetimes.co.uk/article/hungarian-coffee-shop-idolises-uk-philosopher-sir-roger-scruton-657x2npl5

We are pleased to announce that Fellowships to the Roger Scruton Philosophy Symposium have been awarded to four fantastic students.
Here are the announcements posted on project related websites:
https://cee.ianramseycentre.info/blog/scruton_awards
https://www.humanephilosophy.com/single-post/prize-fellowships-awarded
We are incredibly grateful to the New Generations Research Exchange organised by the Ian Ramsey Centre for Science and Religion, University of Oxford in collaboration with the Faculty of Philosophy, University of Warsaw, the Faculty of Philosophy, University of Zagreb and the Humane Philosophy Project and the John Templeton Foundation for their very generous support.

Remembering Roger. Today we share this article from an MA student at the University of Zagreb. A short reflection,… https://t.co/RJX5Dc0REa
News from Scrutopia - https://t.co/tA4vLKjmb5
RT @Scruton_Legacy: We would, once again, like to extend our gratitude to the city of Brno for remembering Roger Scruton by honouring him w…
Follow Scrutari semper on Twitter